Lessons Learned from 40 Years of Ministry

​When you’ve done something for 40 years, you learn a lot through trial and error! And you pick up truths from others that you pass along. That’s happened to the Vice President of Moody Radio, Doug Hastings. Doug will share his top ten from four decades of faithful service. When you hear his list, you might want to add a lesson of your own. Don’t miss the conversation on Chris Fabry Live. 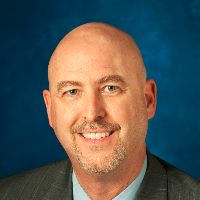 Doug Hastings has served at Moody Radio for over 40 years, most recently as vice president. He is an alumnus of Moody Bible Institute (diploma, 1979) and has a B.A. in radio and television from Columbia College in Chicago. After beginning his career in Network Development at Moody Radio, he also served in various roles, including operations manager, production manager, and eventually general manager, which he held before being named vice president in 2018. He and his wife, Nancy, have two adult children and two grandchildren.