The Heart of Worship

​They write and sing songs for the church that are biblically based, lyrically rich and sonically engaging. Shane & Shane return to talk about the heart of worship and their new album, Psalms, Hymns, and Spiritual Songs. And you know they’re going to talk about worship at Christmas. Don’t miss the conversation and music from Shane & Shane on Chris Fabry Live. 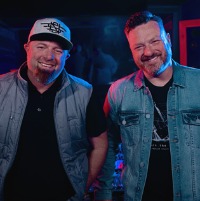 For nearly two decades, Shane Barnard and Shane Everett have been leading influencers of corporate worship around the world. With a mission to write and record music for the Church that is biblically based, lyrically rich and sonically engaging, Shane & Shane have released 40 albums; garnered more than 613 million streams; over 100 million YouTube views; and two million combined monthly listeners on Spotify and Apple Music to date. Their signature songs include “You’re Beautiful,” “Psalm 23 (Surely Goodness, Surely Mercy)” and “You’re Worthy of It All,” among countless others. Through the years, Shane & Shane have collaborated with such artists as Michael W. Smith, David Crowder, Keith & Kristyn Getty, Gabby Barrett, The Brooklyn Tabernacle Choir, and Phil Wickham.