​We have a real treat for you. One of the premier Christian thinkers and theologians of the last century was A.W. Tozer. Our colleague at Moody Radio, Phil Shappard, has discovered 100 never-before-published prayers of Tozer. We’ll talk about those and you’ll meet two people who were greatly impacted by his life and ministry. Don’t miss it this special Chris Fabry Live. 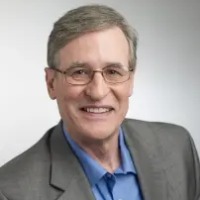 Phil Shappard served at Moody Bible Institute as Moody Radio's National Operations Manager before retiring at the beginning of 2020. Starting as a part-time announcer at Moody's station WDLM in 1981, he came to Chicago in 1983 and joined the Moody Radio Network staff full-time in 1984. He studied at Toccoa Falls College and later graduated with a B.S. in Business Management from Elmhurst University in Elmhurst, Ill. Phil and his wife, Nora, have three grown children and nine grandchildren and make their home in the western suburbs of Chicago. 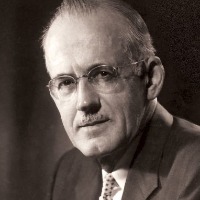 A.W. Tozer began his lifelong pursuit of God at the age of 17 after hearing a street preacher in Akron, Ohio. A self-taught theologian, Tozer was a pastor for 33 years, a writer, and an editor whose powerful use of words continues to grip the intellect and stir the soul of today's reader. Among his best-loved books are the classics The Pursuit of God and The Attributes of God.

Virginia Steinmetz grew up as a parishioner in A.W. Tozer's church. She is the daughter of the late Harry Verploegh, a compiler of many of the writings of A.W. Tozer, most notably: Success and the Christian, The Price of Neglect and Other Essays, The Set of the Sail, The Size of the Soul, and The Warfare of the Spirit.

Ed Maxey served for two years at the Southside Alliance Church in Chicago, where A.W. Tozer was the pastor. He then served the Lord in Papua New Guinea to the Dani people for many decades as a Christian and Missionary Alliance missionary. He is the author of Thoughts on the Jungle Trail.