The Most Reluctant Convert

​C. S. Lewis was known as the most reluctant convert. After years of presenting the stage adaptation of the life of Lewis, Max McLean is now part of a film by the same title. It spans Lewis’s childhood, World War I, and transformation from hard-boiled atheism to becoming a committed Christian. Don’t miss Max McLean on C. S. Lewis, Thursday on Chris Fabry Live. 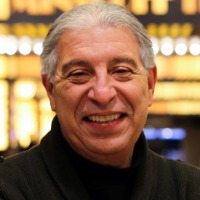 Max McLean is an award-winning actor and founder and artistic director of New York City-based Fellowship for Performing Arts. FPA produces theatre and film from a Christian worldview meant to engage diverse audiences. FPA produced and Max stars in the 2021 film The Most Reluctant Conver – The Untold Story of C.S. Lewis, premiering nationwide Nov. 3. As an actor, Max created the roles of Screwtape (New York, London, national tour), C.S. Lewis in The Most Reluctant Convert (New York, national tour) and Mark in Mark’s Gospel for which he received a Jeff Award – Chicago theatre’s highest honor. His narration of The Listener’s Bible, published by HarperCollins and Biblica, has received four Audie Award nominations from the Audio Publishers Association.