Ends of the Earth Film Trailer 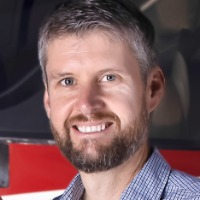 David Holsten holds a B.S. in Missionary Aviation Technology from Moody Bible Institute and holds a commercial pilot's license with multi-engine rating, and airframe and powerplant mechanic's licenses. After 17 years of service with Mission Aviation Fellowship in Indonesia, David now serves as MAF's President and CEO. 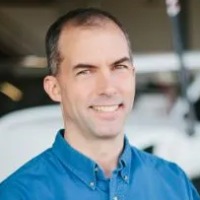 Jim Conrad has served at Moody Aviation since 1998 in various capacities, including maintenance technician, avionics technician, avionics shop supervisor, and flight instructor in the Elizabethton, Tenn., program. He assisted with the transition to Spokane, Wash., where he served as Director of Flight Operations and is currently the Aviation Program Manager and Division Chair. Jim is married to Suzanne and they have raised 4 children. Jim met Suzanne through Campus Crusade for Christ on the Ohio University campus in Athens, Ohio, where he also earned a Bachelor of Science in Mechanical Engineering. He worked in the field of construction for 10 years as a contractor and the Lord led him to the serve in the field of mission aviation. He attended Moody Aviation where he certified as an Airframe and Powerplant Mechanic with Inspection Authorization, Commercial Pilot – Airplane Single Engine Land, Certified Flight Instructor – Instrument. 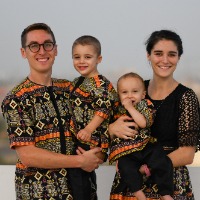 Ben Samuelson is a 2018 graduate of Moody Bible Institute's aviation program in Spokane, Wash. He and his wife, Anna, are currently in language study, preparing to go to the Democratic Republic of Congo where Ben will be a pilot/mechanic with MAF. They have two sons, Leighton and Jameson.