Nearly 6 million Americans are living with Alzheimer’s and more than 16 million are providing unpaid care for people with some form of dementia. Hear a "Best of" conversation with Pastor Mike Glenn. You’ll hear his poignant story about the “most difficult and joyful” experience of his life. It’s a tale of a son, a mom, and two cups of coffee. Don’t miss the laughter and tears on Chris Fabry Live. 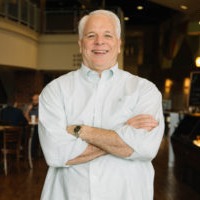 Mike Glenn is the senior pastor of Brentwood Baptist Church in Brentwood, Tenn. Under his leadership since 1991, the church has grown to a church with eight campuses and a membership of over 11,000. He graduated from Samford
University in Birmingham, Ala., and The Southern Baptist Theological Seminary in Louisville, Ky. Glenn has written two books and blogs at MikeGlennOnline.com and for Patheos.com. He and his wife, Jeannie, have been married for 37 years and have twin sons and three granddaughters.