The Tree You Remember

​God has woven trees into the story of His creation and His dealing with humans. Do you remember any trees from your childhood? That’s a question Andrew Peterson asked Chris Fabry and he's going to ask you the same thing. Was it a joyful memory? Were you grieving near a tree? Join us with “the tree you remember” on Chris Fabry Live. 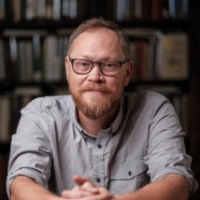