​He’s an Emmy award-winning journalist and former physics instructor at Harvard. Dr. Michael Guillen used to be an atheist—until science changed his mind. You’ll hear about his faith journey. He now believes the latest discoveries in neuroscience, physics, astronomy, and mathematics affirm the Christian faith. Don’t miss the conversation on Chris Fabry Live. 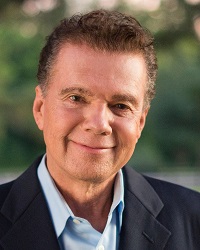 Michael Guillen, Ph.D., is a graduate of UCLA and Cornell University and holds degrees in physics, math, and astronomy. The former Science Editor for ABC News, he was also a physics instructor at Harvard for eight years, host of the History Channel series &quot;Where Did It Come From?&quot; and producer of the award-winning family movie Little Red Wagon, currently on Amazon Prime. He hosts the weekly podcast Science + God with Dr. G, sponsored by K-LOVE and Air1 radio networks, runs a film and television production company, and shares the stage with best-selling author Rice Broocks at speaking engagements on college campuses worldwide.