​It’s an incredible story. From the 1940s through the 1960s, young pregnant women entered the front door of a clinic in a small North Georgia town. Sometimes their babies went out the back door, sold to desperate couples. Jane Blasio was one of those babies. She has investigated what happened to her and many others and is telling the story. Don’t miss Chris Fabry Live. 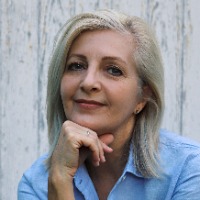 Jane Blasio is a Hicks Baby, sold at birth and passed through the back door of a clinic in North Georgia. She has served in federal law enforcement for more than 18 years. An expert in illegal adoption, she helped unravel the mystery of the Hicks Clinic, breaking the story in 1997. She has appeared on CNN, ABC Primetime, Good Morning America, Fox News, Inside Edition, and Entertainment Tonight, as well as in the New York Times, People, and Reader's Digest. She was the investigative lead on the TLC docuseries "Taken at Birth". Jane currently lives in Akron, Ohio, and spends as much time as she can with family and friends.