The Making of C. S. Lewis

​When someone moves from atheism to Christianity, it’s a seismic shift. Hear about the transformation that happened to a man named Clive. After World War I, he began his studies at Oxford and it was there that he underwent his radical conversion. Hear about the far-reaching effects of the faith and writing of Clive Staples Lewis on Chris Fabry Live. 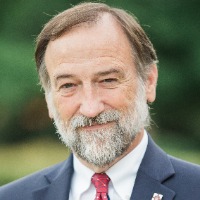 Harry Lee Poe (Ph.D., The Southern Baptist Theological Seminary) serves as the Charles Colson University Professor of Faith and Culture at Union University, where he has taught a course on C. S. Lewis for over fifteen years. He is the author of The Inklings of Oxford and C. S. Lewis Remembered, as well as numerous articles. Poe hosts regular Inklings Weekend retreats and is a speaker on Lewis at major libraries worldwide.