​When she was four years old, Amber slipped into a coma from spinal meningitis. Doctors told her parents she probably would not survive, and if she did she would have brain damage. Amber Neben joins us to talk about what’s happened in the intervening years. Here’s a hint—Amber is headed to her third Olympic games. Don’t miss the encouragement and inspiration on Chris Fabry Live. 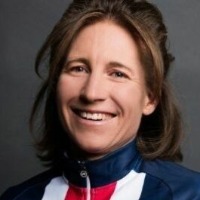