Lament for a Father

Father’s Day is next Sunday—and Monday, you’ll hear about Marvin’s dad. Marvin played catch with his father, Eli, only one time. And it didn’t end well. Eli never laughed and rarely spoke with his son. Now, journalist Marvin Olasky has uncovered the true story of what made his dad so distant. A lament for a father is coming up on Chris Fabry Live. 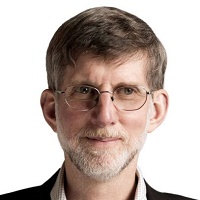 Marvin Olasky (Ph.D., University of Michigan) is editor-in-chief of World and the author of over twenty books, including Prodigal Press and The Tragedy of American Compassion. He is also dean of the World Journalism Institute and an elder in the Presbyterian Church in America. He was a Yale Daily News and Boston Globe reporter and has published articles in The Wall Street Journal, The New York Times, The Washington Post, and Fortune. He taught journalism for 25 years at The University of Texas.