​On our Memorial Day edition of Chris Fabry Live, you’ll meet Marine Corps veteran Josh Holler. Since returning from active duty, nine of his friends have died by suicide and Josh wants to be part of the answer in stopping that growing number. He believes PTSD is not the greatest predictor of veteran suicide. What is? Find out on Chris Fabry Live. 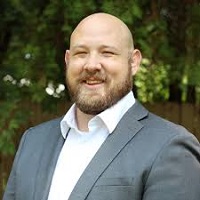 Joshua D. Holler is a Marine Corps veteran and deployed to Iraq twice between 2007–2009 with 1st Battalion 7th Marine Regiment. He is a pastor at First Baptist Church of Duncan in Duncan, Okla., where he lives with his wife and children.