On our next Chris Fabry Live, two interesting and humorous men will talk about some serious issues. You’ve seen comedian Michael Jr. in films and doing stand up. He’ll give the behind-the-scenes story of his life. Then, the biographer of Luther and Bonhoeffer and Wilberforce, Eric Metaxas, turns his historical writing on his own life. Hear the story of how he came to faith in Jesus on Chris Fabry Live. 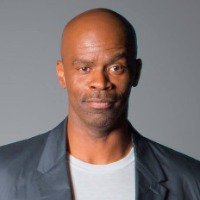 Exceptionally gifted at combining story with thought-provoking life principles, Michael Jr. exhibits what it means to be a comedic thought leader. Using comedy and dynamic storytelling, he brings laughter and encouragement to audiences all over the world as he inspires audiences to discover and activate their purpose. This unique skill set has landed him on stages like The Tonight Show on NBC, Tedx Talks, and Jimmy Kimmel Live. You can find him in Sony Pictures' feature film War Room, as well as starring roles in Selfie Dad, Laughing On Purpose, and More Than Funny. 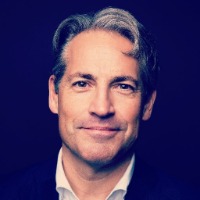 Eric Metaxas is an author whose work has been translated into 25 languages, the host of two podcasts and a nationally syndicated radio show, a prominent cultural commentator, the speaker at the 2012 National Prayer Breakfast, the recipient of five honorary doctorates, and a recipient of the Becket Fund for Religious Liberty’s Canterbury Medal. He lives with his family in New York City.