​Mike is a radio guy. Mike has spent the past year in the closet hoping to make it back to the studio. But Mike has a problem. Mike Kankelfritz of Family Life Radio will join us to talk about radio, the power of words, and the reason he has been sequestered. It’s a story of sacrifice and love. Don’t miss a real-life radio conversation on Chris Fabry Live. 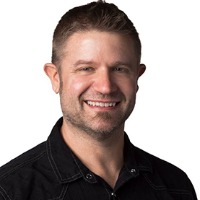 Mike Kankelfritz is the Director of Programming for the Family Life Radio Network based in Tucson, Ariz. He actually got his start at his high school radio station in Seattle, Wash., and has been in in radio for over 30 years. Along the way he has gained a wealth of experience as a former General Manager, Program Director, Production Director, Imaging Director, and Morning Show Host in Country, Top 40, and AC. For the past 20 years Mike has been in CCM radio including time at KXOJ in Tulsa, Okla., KSBJ in Houston, Texas, and on the K-LOVE Morning Show. Mike was nominated for Radio Personality of the Year for 2006, 2007, and 2008, and won the Radio Personality of the Year for programdirecter.net for 2009. Mike also helps stations with voicetracking and talent coaching. Mike is married to Becky and has a 12-year-old son and 18-year-old daughter diagnosed with multiple disabilities and medical needs.