​Bart Millard of MercyMe is our guest on Friday’s Chris Fabry Live. You’ll hear music from the new album Inhale (Exhale). Find out about two Garys and their impact on this collection of songs. Plus, the conflict between Bart and his brother over the film, I Can Only Imagine, that opened up deeper communication between them. Don’t miss the songs and conversation on Chris Fabry Live. 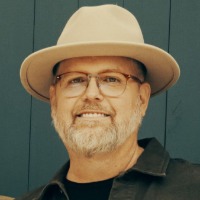 Bart Millard is a founding member and lead singer of the multi-platinum selling contemporary Christian band MercyMe. He is married to his childhood sweetheart, Shannon. They reside in Franklin, TN along with their children Sam, Gracie, Charlie, Sophie, and Miles.