​Steve was a successful businessman who was diagnosed with ALS. His prognosis is grim, but from that ordeal he’s developed a new ministry. You’ll hear Steve’s story—and we’ll follow-up with Mary Sweeney who lost her husband, Bill, to ALS a few months ago. Encouragement for those facing an ALS diagnosis—on Chris Fabry Live. 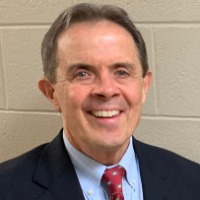 Steve Cochlan is founder of ALS Family of Faith, a ministry that seeks to provide comfort and hope for all individuals who are involved and impacted with ALS. He founded The Cochlan Group, inc. (and its wholly-owned subsidiary Bank Consulting Group, inc.) in 1998 and served as its President and Chief Executive Officer until September 2019, at which time he sold the company. Steve has served on the Board of Cornerstone University and continues to serve on the board of Fellowship of Christian Athletes (Wrestling). He is also a significant contributor to a number of not-for-profit organizations and ministries. Steve and his wife, Susan, have three children ‒ Cullen, Stephanie, and Cassidy. 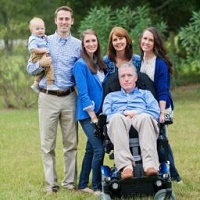 Mary Sweeney's husband, Bill, was diagnosed with a terminal disease called Amyotrophic Lateral Sclerosis (ALS) in October 1996, just weeks after his 36th birthday, and Mary was his caregiver throughout his battle. Though given 3-5 years to live, Bill battled the disease for 24 years and passed away on December 30, 2020, at age 60. Mary and Bill have two daughters, one son-in-law, and three grandchildren.