The Fight Against Pornography

​For the past 30 years, Ted Shimer has witnessed first-hand the destruction of pornography addiction. Marriages, careers, and lives have been devastated. Hear some hope about this pervasive “new drug.” Ted says it’s a lie to believe you can’t break free. We’ll talk about the freedom fight on Chris Fabry Live. 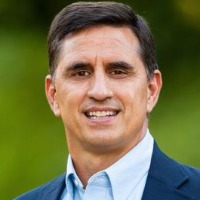 Ted Shimer is the founder of The Freedom Fight, an online pornography addiction recovery program. He has mentored young adults for nearly three decades with the collegiate ministry Student Mobilization. He received his MABS from Dallas Seminary and is trained as a Pastoral Sex Addiction Professional-Supervisor. Ted and his wife, Amber, have four adult children and live in Fayetteville, Ark.