​If your heart is breaking for our nation and you can’t understand why we’re going through such chaos, don’t miss John S. Dickerson on Chris Fabry Live. Following the trendlines of what Americans believe and do, he predicted the social unrest, violence, and political division. How can we become peacemakers and understand the times we’re in? Join us for Chris Fabry Live. 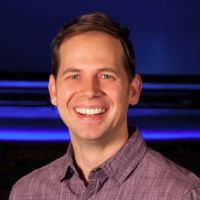 John S. Dickerson is a respected journalist, a Millennial, and a bestselling author. His writing has appeared in the New York Times and USA Today and has earned dozens of honors, including the Livingston Award for Young Journalists, given by Tom Brokaw of NBC News and Christiane Amanpour of CNN and ABC News. Now convinced that Jesus launched the greatest movement for social good, John has given his life to join the cause. Today he serves as Lead Pastor at Connection Pointe Christian Church in the Indianapolis metro area, where he lives with his wife and children.