The Lives of Jim and Elisabeth Elliot

​January 8, 1956, on a tiny strip of sand called Palm Beach in Ecuador, five men were killed. And that event was like a spiritual tsunami. On the 65th anniversary of their deaths, we’ll talk Valerie Elliot Shepard, who was less than a year old when her father died. Hear the story from Valerie’s perspective on Chris Fabry Live. 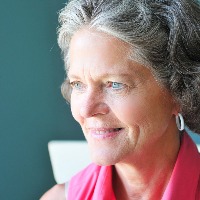 Born in Shell Mera, Ecuador, Valerie Elliot Shepard is the only daughter of missionary parents, Elisabeth and Jim Elliot. Valerie was only 10 months old in January 1956 when her father was killed, and then spent her childhood through age eight in Ecuador alongside her mother. A graduate of Wheaton College, Valerie and her husband, Walt, are the parents of eight children and have eight grandchildren. Valerie is the author of Devotedly, a book about her parents’ courtship.