​You know him from songs such as “This is Amazing Grace” and “Living Hope.” On our next Chris Fabry Live, he’s back, the man with vibrato from above, Phil Wickham will join us. We’ll talk about worship, music, art, the ups and downs of the past few months, and we’ll hear the song Phil wrote with Shane and Shane called "Face of God." Don’t miss the musical encouragement on Chris Fabry Live. 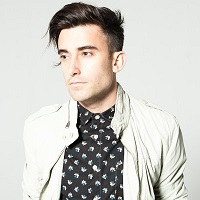 Phil Wickham is, at his core, a humble and sincere artist who writes songs and worships God using the medium of music. It is with that brush that Phil paints images of a loving and creative God across the canvases of listeners’ hearts and minds. He has released several albums, including Phil Wickham (2006), Cannons (2007), Heaven & Earth (2009), Response (2011), The Ascension (2013) Children Of God (2016), Living Hope (2018), and Christmas (2019). He and his wife have four children.