​He lost his religion but found his faith. So says Grammy Award winning rapper Lecrae. Hear more about his life, his struggles and what he calls his restoration. A few years ago he said he was “loosening ties” with white evangelicalism. That statement made a lot of Christians scratch their heads. You’ll find out what he meant on Chris Fabry Live. 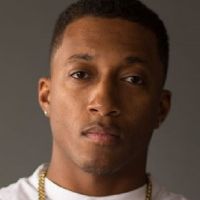 Lecrae is a Grammy award winning hip-hop artist whose 2014 album, Anomaly, debuted at #1 on the Billboard Top 200, Rap, Digital, Christian, Gospel, and Independent charts. His seven studio albums and mixtapes have sold more than 1.5 million copies. Lecrae has been nominated for five Grammy Awards, including a win in 2013 for Best Gospel Album and Best Contemporary Christian Music Performance/Song in 2015, as well as won seven Dove Awards, secured one Billboard Music Award nomination, won two Soul Train Music Awards and a BET Hip Hop Awards nomination. Lecrae resides in Atlanta, Ga., with his wife and three children.