​Sometimes making a mistake leads to an opportunity to show what’s on the inside. Listen to a story about a woman who went swimming. In the process, she said something she regretted. It’s what she did after the mistake we’re going to focus on. Were you ever so convicted about your behavior that you had to get out of the pool and apologize? Don’t miss the conversation on Chris Fabry Live. 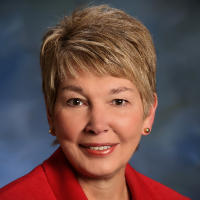 Miriam Neff is founder and president of Widow Connection and a former high school teacher and counselor. She is the author of 11 books, including From One Widow to Another: Conversations on the New You and Women and Their Emotions. Her one minute feature, New Beginnings, is heard on over 1200 outlets. Miriam’s late husband, Bob, was the former vice president of Moody Radio.