Creating a Culture of Discipleship

​Robby’s life changed drastically when he was hit by an 18-wheeler. Addictions followed and his life spiraled out of control. But an even bigger change happened after that and you’ll hear the story. If you’re praying for a prodigal, if you think someone you know is outside the reach of God’s love, don’t miss the story. Robby believes we’re here not to make converts but disciples. Hear more on Chris Fabry Live. 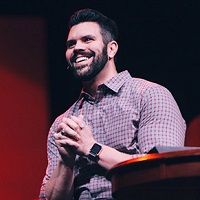