The Survival Tale of a Vietnam POW

On the Memorial Day edition of Chris Fabry Live, we’ll go back to April of 1965. Decorated Air Force pilot Colonel Carlyle “Smitty” Harris was shot down over Vietnam. He had no idea what awaited him in the “Hanoi Hilton.” By chance, he had learned to communicate with the Tap Code. Hear his story, his wife’s perspective of the ordeal, and the importance of that secret code. Carlyle Smith “Smitty” Harris is an ex-Vietnam POW, who rose to the rank of Air Force Colonel. He received many decorations during his Air Force career, including two Silver Stars, three Legion of Merits, the Distinguished Flying Cross, two Purple Hearts, and the Eagle Award through the Gathering of Eagles Foundation. His tin cup from his days as a POW is now in the Smithsonian. He lives with his wife, Louise, and is surrounded by his large family in Tupelo, Miss. 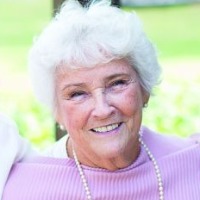 Louise Harris is the wife of ex-Vietnam POW Carlyle "Smitty" Harris and was the mother of three young children when her husband was captured. She and Smitty live in Tupelo, Miss.