​Four weeks ago, recording artist, worship leader, pastor and author, Charles Billingsley was diagnosed with COVID-19. Hear about the long journey he and his family have gone through—and the things God has taught him in the process. Then, a hard theological question believers through the centuries have struggled with—the problem of pain. Don’t miss Chris Fabry Live.

The Problem of Pain 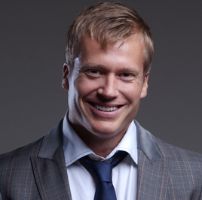 Launching his career nearly three decades ago as a lead vocalist for GRAMMY®-nominated genre giants NewSong, Charles Billingsley has since headlined more than 3,200 concerts, released 23 recordings as a solo artist and garnered seven #1 Inspirational radio hits. A sought-after worship leader and speaker, Charles currently serves as the teaching pastor and worship leader at Thomas Road Baptist Church in Lynchburg, Va., as well as an adjunct instructor at Liberty University. He is also the worship leader for such popular events as Women of Joy, Gridiron Men’s Conference, and Celebrators Conference, among others. Charles' critically acclaimed StowTown Records debut, Right Here, released in 2016. His latest recording, I Was Made For This, released April 10. 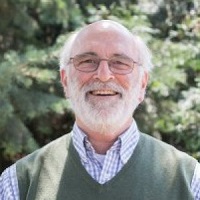 Dr. Jerry Root is a professor of Evangelism and the Director of Evangelism Initiative at Wheaton College. He has written C. S. Lewis and a Problem of Evil: An Investigation of a Pervasive Theme, and is the co-editor, with Wayne Martindale, of the best selling, and award-winning, The Quotable C. S. Lewis. He wrote, with Stan Guthrie, The Sacrament of Evangelism, and most recently published The Surprising Imagination of C. S. Lewis with Mark Neal. Jerry has made many written contributions to edited works about C. S. Lewis and has published numerous articles about Lewis, Evangelism and Discipleship, and Spiritual Formation. He is currently serving as the Director of the Institute for Strategic Evangelism at the Billy Graham Center at Wheaton College, where he also teaches in the Christian Formation and Ministry Department and in the Evangelism and Leadership M.A. program. Jerry is also a visiting professor at Talbot Graduate School of Theology and Biola University. He and his wife, Claudia, have four grown children, all of whom are married, and thirteen grandchildren. 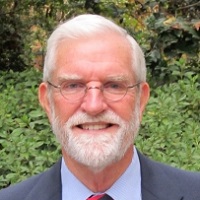 Dr. Lyle Dorsett is a prolific author and accomplished speaker and teacher. He is the former director of the Wade Center at Wheaton College and also served in the graduate school as Professor of Christian Formation and Ministry. In 2005, he moved to Birmingham, Ala., to become the Billy Graham Professor of Evangelism at Beeson Divinity School. He retired from Beeson in Spring 2018. He is the author of numerous books, among them biographies of Joy Davidman (Mrs. C.S. Lewis), E. M. Bounds, Dwight L. Moody, and Billy Sunday. The author of eighteen books, including three works on C.S. Lewis, Dr. Dorsett's most recent Wade Center related work is Seeking the Secret Place&#58; The Spiritual Formation of C.S. Lewis.