In the Studio with Phil Wickham

His music flows from a surrendered heart. Musical artist Phil Wickham sits down with his guitar and explains where the songs come from. You know him from “This Is Amazing Grace” and other Number 1 hits. But do you know the story of his first guitar? As a pastor’s kid, how did he make Christianity his own? Hear of his struggle with depression and anxiety—Phil Wickham on a "Best of" Chris Fabry Live. 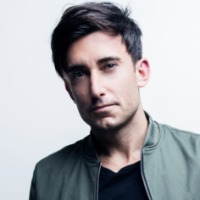 Phil Wickham is, at his core, a humble and sincere artist who writes songs and worships God using the medium of music. It is with that brush that Phil paints images of a loving and creative God across the canvases of listeners’ hearts and minds. He has released several albums, including Phil Wickham (2006), Cannons (2007), Heaven & Earth (2009), Response (2011), The Ascension (2013) Children Of God (2016), Living Hope (2018), and Christmas (2019). He and his wife have three children.