Marcia discovered early on that she had a powerful singing voice. She felt called to the performing arts and worked with an internationally acclaimed vocal instructor. She was a guest artist at the Kennedy Center. But her journey of faith required that she surrender control to God. And that’s a scary process. Don't miss Marcia’s story on a "Best of" Chris Fabry Live. 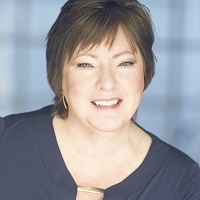 Marcia Whitehead is a stage performer, actress and recording artist. She is the subject of the award-winning documentary Laundry and Tosca and was cast in the film Praying the Hours as the lead actress, a character primarily based on her life. She makes her home in the Pacific Northwest.