Praying for Your Prodigal

Do you remember Chrissy’s story? If you have a prodigal, you won’t want to miss the encouragement on Chris Fabry Live. Chrissy was the daughter of a famous pastor. But a series of bad choices led her away from her family, away from her faith. You’ll hear about her struggles and the moment Chrissy Cymbala Toledo turned around. Don’t miss the "Best of" conversation on Chris Fabry Live. 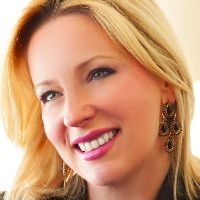 Chrissy Cymbala Toledo and her husband, Al, pastor the Chicago Tabernacle, a thriving church on the north side of Chicago, which they pioneered in 2002. Daughter of Jim and Carol Cymbala, pastors of Brooklyn Tabernacle, she has been involved in ministry much of her life and her children are following that example. Chrissy is passionate about seeing women of all ages enter into the freedom that God wants to give them. She has shared her compelling story around the country and in her debut book, Girl in the Song.