​If you’re walking the same old, dead-end road day after day, there’s a better life. Hear the music and the story of Zach Williams. It’s one of those programs that will give you goosebumps. If you have pain—there’s a pain taker. If you’ve got chains, there’s a chain breaker who wants to show you a better way, a better road. Don’t miss Zach Williams on Chris Fabry Live. 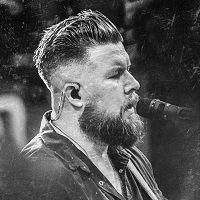 Zach Williams is a husband, a father, and has also become one of CCM’s leading artists and songwriters by carving a niche with his singular blend of southern rock, country, and faith-filled songwriting, which quickly awarded him his first GRAMMY Award® with his debut album, 2017’s Chain Breaker.