​One thing that’s helped Chris choose faith over fear these days is to listen to voices of calm. Max Lucado has that kind of voice—and he joins us on Chris Fabry Live. Plus, what’s on your playlist? What song have you been playing over and over to help you choose faith? Michael Kelly Blanchard will tell the story of a song he wrote more than 40 years ago. Don’t miss the encouragement for your soul on Chris Fabry Live.

Anxious for Nothing Online Bible Study 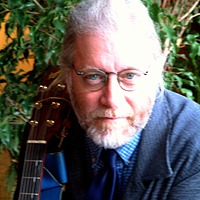 Michael Kelly Blanchard is a singer/songwriter who has written songs (Be Ye Glad, Danny's Downs; I Love You, I Do, You Bet), prose (Unsung Heroes), and plays (Gamaliel, Heart Guard) which connect us to the merciful heart of God. As a solo performer on guitar and piano, Michael tells stories with a tender touch to help us laugh and cry at both the human condition and the renewing power of God's unconditional love. He has recorded ten albums, written two music dramas, one cantata and three novels. Michael has been married to his wife, Greta, for 32 years and they have two adult children, Esther and Reuben. 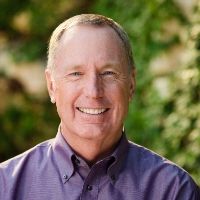 Max Lucado is a preacher with a storyteller’s gift. This best-selling author is the preaching minister at Oak Hills Church, San Antonio, Texas where he has served for over twenty years. His mission is simple—to overflow to others the grace and encouragement which has been lavished on him by God. Philip Yancey has written twenty-five books. Early on he crafted best-selling books such as Disappointment with God and Where Is God When It Hurts? while also editing The Student Bible. More recently, he has explored central issues of the Christian faith, penning award-winning titles such as The Jesus I Never Knew, What's So Amazing About Grace?, and Prayer: Does It Make Any Difference? Philip's books have garnered thirteen Gold Medallion Awards from Christian publishers and booksellers. He currently has more than fifteen million books in print, published in over forty languages worldwide. In 1992 he and his wife, Janet, moved to the foothills of Colorado where they live now.