Coming Out of the Shadows

​A few years ago there was a man who spoke about "margin." He described people depleted emotionally, spiritually, and physically because of lack of reserves. On Chris Fabry Live—whatever happened to Dr. Richard Swenson? He studied the future and trends and the ways technology was accelerating our lives—hurtling us toward oblivion. And then he just disappeared. What happened to Dr. Richard Swenson—on Chris Fabry Live. 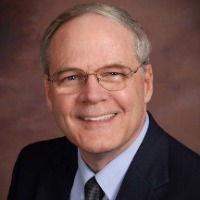 Dr. Richard Swenson is a physician-researcher, best-selling author, and award-winning educator. He received his B.S. in physics from Denison University and his M.D. from the University of Illinois School of Medicine. As a physician-researcher, his current focus is &quot;cultural medicine,&quot; studying the intersection of health, culture, faith, and the future. He has written extensively on trends in modern society, including the acceleration of stress, overload, change, complexity, and speed.