​We have an amazing survival story for you. For many, abortion is an issue or something in the past to be forgotten. For Claire, it’s part of her life. She survived an abortion and was adopted. Then, in 2009, she met her birth mother and discovered the rest of the story. Hear that from Claire Culwell on Chris Fabry Live. 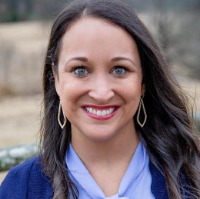 Claire Culwell is a twin abortion survivor. In 2009, Claire met her birth mother, who told her about her abortion survival and her twin. Claire was adopted into a loving family and says that finding out she survived an abortion that was meant to take her life never changed who she knew she was: wanted, chosen and loved. Claire shares a hopeful message of forgiveness, redemption, and truth, exposing the humanity of the unborn baby and how abortion hurts women. She is an internationally known pro-life speaker and soon-to-be author. She has been featured on Fox News, Focus On The Family, and many other media outlets. Claire lives in Austin, Texas, with her family.