A Lost Girl Of Sudan's Journey

​There are stories of the Lost Boys of Sudan, but on Chris Fabry Live, a Lost Girl shares her inspiring account. Almost twenty years ago, Rebecca Deng entered the U.S. as an unaccompanied refugee. A civil war raged in her country and most of her family had been killed. Hear her account of those days and of her determination and faith. 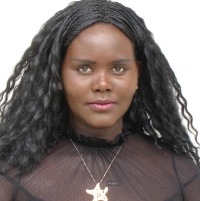 Rebecca Deng, of South Sudan’s Dinka tribe, is one of the 89 Lost Girls who came to the United States in 2000 as a refugee after living eight years in Kakuma Refugee Camp in northern Kenya. The violence she experienced as a child during the Second Sudanese Civil War (1983-2005) has given her a deep empathy for children and young adults who face similar situations today. She became a U.S. citizen in 2006. Today Rebecca is an international speaker and advocate for women and children who have been traumatized and victimized by war. She is married and has three children. She resides with her family in Michigan.