​Whaddya say? It’s a new conversational game for your Radio Backyard Fence. We call it “Whaddya Say?” You will be placed in a hypothetical conversation. You are sitting next to a stranger on a plane. The stranger is friendly and opens the conversation by showing you a book about quantum physics. “It’s changed how I see reality,” the stranger says. Whaddya say? Don’t miss Chris Fabry Live. 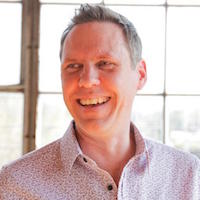 Sheridan Voysey is a writer, speaker, and broadcaster on faith and spirituality. He has been featured in numerous TV and radio programs, including Day of Discovery and 100 Huntley Street, is a regular contributor to faith programs on BBC Radio 2, and speaks at conferences and events around the world.