​Mark Bouman was known as the Tank Man’s son for good reason. His father was an abusive Neo-Nazi. Mark barely survived the ordeal of childhood. Hear a "Best of" broadcast with Mark as he details the story of his journey to the heart of his Heavenly Father. Can God us the misery and struggle of life for your good and His glory? Don’t miss Chris Fabry Live. 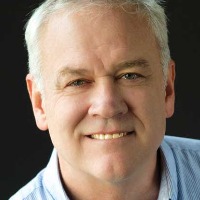 Mark Bouman and his family served as missionaries to Cambodia for more than 20 years. Currently, Mark is a commercial fisherman off the coast of Alaska, where he makes his home with his wife Joan, and their two sons, Andrew and Nik.