​The film Overcomer has been in theaters for more than a month and you’ll hear about some exciting results from that movie on Chris Fabry Live. Author and filmmaker Stephen Kendrick joins guest host Susie Larson to talk about the response to the film that is all about your identity in Christ. How could Ephesians 1 and 2 change the way you live? Hear Stephen Kendrick on Chris Fabry Live. 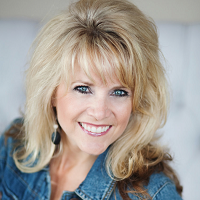 Susie Larson is a popular radio talk show host, national speaker, and author. She hosts her own daily live talk show, Live the Promise with Susie Larson, which airs across the upper Midwest and in several other locations around the country. The author of 15 books, Susie is also a veteran of the fitness field and has twice been voted a top-ten finalist for the John C. Maxwell Transformational Leadership Award. Susie and her husband live near Minneapolis, Minn. 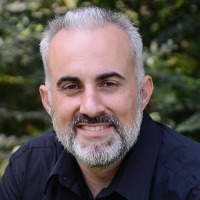 After serving in church ministry for 20 years, Stephen Kendrick now writes, speaks and produces Christian films with his brothers, Alex and Shannon. Stephen produced the movies Overcomer, War Room, Courageous, Fireproof, Facing the Giants, and Flywheel, and co-wrote the New York Times bestselling books The Love Dare, The Resolution for Men, and The Battle Plan for Prayer. He has been interviewed by “Fox & Friends,” CNN, ABC World News Tonight, and serves on the boards of the Fatherhood CoMission and the Christian Film foundation. He and his wife, Jill, live in Albany, Ga., with their six children and are active members at Sherwood Church in Albany, Ga.

Chris Fabry Live is designed to build up the spiritual immune system of the Christian men and woman. As you walk through the journey of faith called the Christian life, you meet new people, learn new things, laugh, cry and, most importantly, grow in your understanding of God. - Test1