A Change of Affection

Christianity is not about simply changing your behavior. At its core, Christianity is all about transformation. No one knows that better than Becket Cook. Becket took his artistic creativity to Hollywood and became a successful set designer. And as a homosexual he was looking for that one man who would fill his heart. Hear the incredible journey he took and the discovery he made when you join us for Chris Fabry Live. 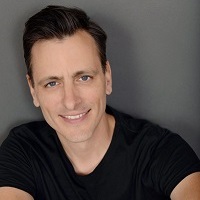 Becket Cook was born and raised in Dallas, Texas. Becket has lived all over the world, including Vienna, Tokyo, and Rome, and for the past 15 years has worked as a production designer and writer in Los Angeles. On September 20, 2009, Becket Cook met Jesus Christ and was saved. Having lived his entire adult life as a gay man, Becket’s conversion to Christianity was the inauguration of a lifelong journey he could never have anticipated. On that day, homosexuality as his identity was radically transformed into a new identity—one in Christ. Becket Cook currently lives in Los Angeles, California. He attends seminary at Talbot School of Theology at Biola University in La Mirada, California.