It was just a 22-second announcement but it made some people really mad. Have you heard that quarterback Drew Brees has encouraged young people to live their faith and participate in Bring Your Bible to School Day? What could possibly be controversial about that? And what does it say about our culture? And what difference does taking your Bible with you make? Let’s talk about it on Chris Fabry Live.

Bring Your Bible to School Day 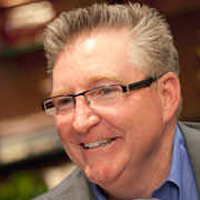 Jim Daly is president and chief executive officer of Focus on the Family and is host of the daily radio broadcast. Jim has held several leadership positions for Focus, and has been predominantly involved in the ministry's Public Affairs, Marketing and International efforts. He is the author of 5 books and has been married to his wife, Jean, since 1986. They have two sons and are currently parenting two children in foster care.