The Bible gives numerous examples of God saying, “Don’t be afraid.” But fear and anxiety are rampant. Two guests from the band The Afters join Chris to talk about that fear that grips so many and God’s care and compassion toward His people. They play and sing songs from their new album Fear No More. Don’t miss Chris Fabry Live. 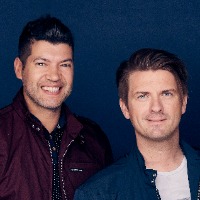 Josh Havens and Matt Fuqua are the founding members of The Afters. Along with band members Jordan Mohilowski and Dan Ostebo, The Afters have released five albums, had numerous GMA Dove award wins, more than 135 million streams, and song placements on television shows. Their most recent album, Fear No More, was released in May 2019.