Gary Leonard has been in and around radio almost all his life. He’s been a trusted voice on Moody Radio since the 1970s. Chris sits down with Gary for a conversation about the lessons he’s learned, the struggles, the losses and the victories he’s seen. See if his experience resonates with yours. Don’t miss the encouragement on Chris Fabry Live. 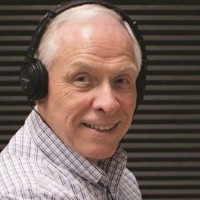 ​Gary Leonard is originally from Colorado Springs, Colo., and worked for Moody Radio from 1971-2014, beginning as an announcer at WMBI in Chicago, and retired in 2004 as station manager of KMBI in Spokane, Wash. Gary was married to Zeda from 1974 until she passed in 2014, has two sons, two daughters-in-law, and five grandchildren.