Her music has touched hearts around the world. Her message of God's love in the hard times is so needed today. Laura Story is back and in the studio with music and thoughts about when God doesn't fix your life. If you're learning a lesson you never wanted to through a difficult struggle in your life, join us.

Find out more information about Laura's book, When God Doesn't Fix It.

Hour 2: In the Studio with Janet Parshall

Author and Moody Radio host Janet Parshall joined us in September and we bring you that "Best of" broadcast. Don't miss the conversation. 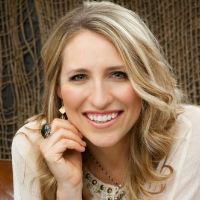 Laura Story is a Bible teacher, worship leader, GRAMMY award-winning singer/songwriter, and bestselling author. The song "Blessings" was certified GOLD in 2011 and inspired her first book What If Your Blessings Come Through Raindrops. She is also the author of When God Doesn't Fix It. Laura's most recent CDs are God of Every Story and the Christmas album God with Us. She has a graduate degree from Covenant Theological Seminary and has served as the worship leader at Perimeter Church in Atlanta since 2005. Laura and her husband, Martin, have one daughter, Josie, and twin boys, Ben and Griffin, and live in Atlanta, Ga.
Janet Parshall

Janet Parshall has been broadcasting from the nation's capital for over two decades, most recently on Moody Radio's In the Market with Janet Parshall. Her passion is to "equip the saints" through intelligent conversation based on biblical truth. When she is not behind her microphone, Janet is speaking across the country on issues impacting Christians. She has authored several books, including her latest, Buyer Beware: Finding Truth in the Marketplace of Ideas. Janet and her husband, Craig, live in Virginia and have four children and six grandchildren.